Buzz versus Performance in Marketing and Sales

I was at the mall last night and took a walk down the concourse, takin note of the advertising and traffic in the mall.  Some stores were packed, some were empty. Apple has ads everywhere.

The launch of the iPhone 5 sold a significant number of units.  According research by Canaccord Genuity published in Fortune, the Apple’s 5s model was the best seller at all major US Carriers.  The Galaxy S4 was in second place.  Now take a look at pictures from an upscale suburban mall taken last night. 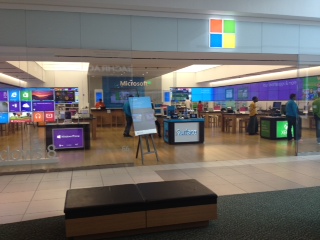 Nothin' but crickets and employees on the xbox 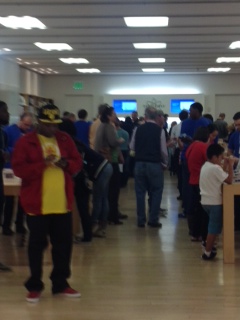 Things are looking great over at Apple!

It has been well documented recently that competitors to Apple, Inc’s  iPhone have been steadily gaining market share despite scenes like this.

The key to understanding this phenomenon is to look beyond appearance.  While on the surface (no pun intended), and from the popular media, everything looks like it’s going great, so how can Apple be in trouble? Products are selling and the stores are busy but the media coverage is coming from the same group evangelists and sales are coming from the same group of people.  Their is a media bias here towards their pet favorite.  Repeat purchases by existing customers make up most of iPhone’s sales and that spells big trouble down the road.

The simple fact of the matter is that smartphones are a global business and Apple is steadily losing market share.  In fact, they lost the lead in smartphone sales way back in 2012.  In the one year period from the second quarter of 2012 to the second quarter of 2013 they lost more than 4% market share.  In consumer products, drops of less than 1% are causes for panic.  While there has been a slight bump in share for Apple in the immediate past, they are still way behind in recapturing lost ground.

When looking at the future of your market segment it is critical to look past the hype.  Being a media darling which dominates pop culture and rides a crest of positive free press can’t hurt, but that may not translate into long term business performance.

The comments to this entry are closed.